Click here to discover some recommended reads from Y6

We would love you to share your book recommendations! Have you read any books over lockdown which you want to recommend to year 6. Tell us what it was, why it was so good and give us a few hints for what happens, without giving too much away!

You may have seen me dressed up as Shay Silverton Kipling with his shadow wolf Koa! Shay is a wolf whisperer with the ability to talk to all wolves.

The Polar Bear Explorers Club is a great book written by Alex Bell. I really love the books because they talk about polar bears a lot and polar bears are one of my favourite animals!

Just to get you excited, The Polar Bear Explorers Club is a book about a 10 year old girl called Stellar Star Flake Pearl and her adoptive father- Felix- both of whom become explorers!  Stella meets Shay (you already know about him) , Beanie and Ethan and they then join the quest to the ice lands! I won't tell you you any more because I don't want to spoil it for you! I think you will love the series (like I did!). 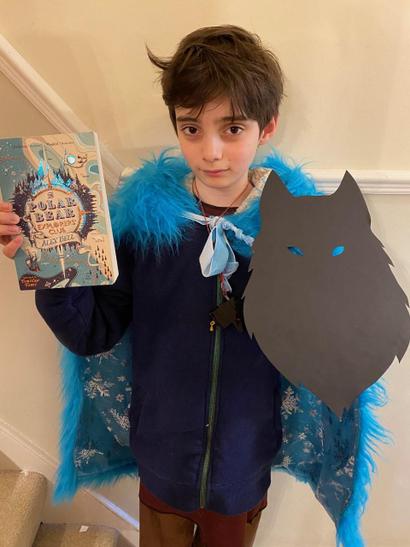 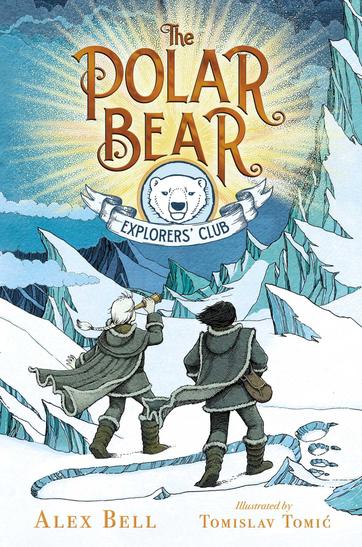 The Voyage of the Sparrowhawk recommended by Adam D. 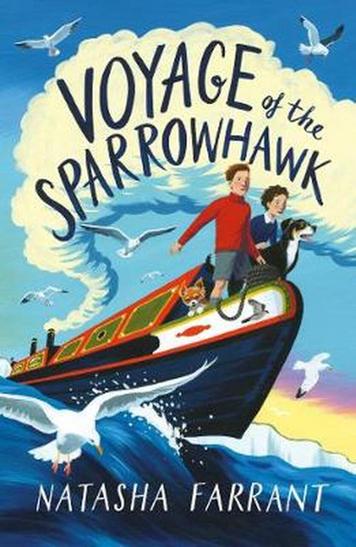 I recommend this book for people who like reading about adventures and I also found it interesting because it is set at the time of World War Two, so reading it helped me to find out more about that time. A girl whose parents are dead teams up with a boy who has a narrowboat called the Sparrowhawk. His dad is dead and his brother is missing in action in France. They decide to try to sail the boat to France to find out what has happened - but narrowboats aren't designed for crossing the Channel...

The Giver recommended by Henry S. 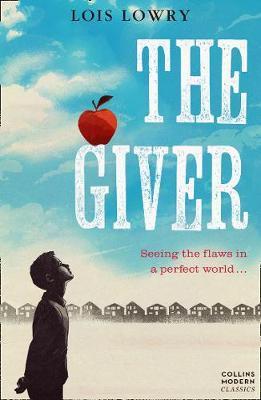 It's a hard concept to explain, but this book is set in the future, but a messed up future where some things are taken away from life and it's a very strict society, with no freedom. The main character is a boy called Jonas, who is kind and adventurous. I would recommend it because it is an enjoyable read and I liked finding out about his adventure.

Dream of the Red Chamber recommended by Lucy W. 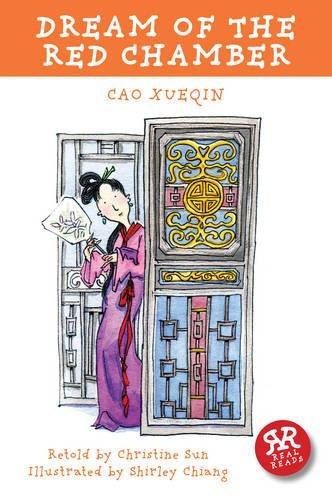 This is a classic and a great way of finding out about what it was like to live in China in the past. It is set in the Qing dynasty when there was still an emperor and tells the story of two families, that were once powerful and famous, but are now less popular and poorer. It is a kind of love story between two characters, but also has lots of details of family life and how people spent their time. 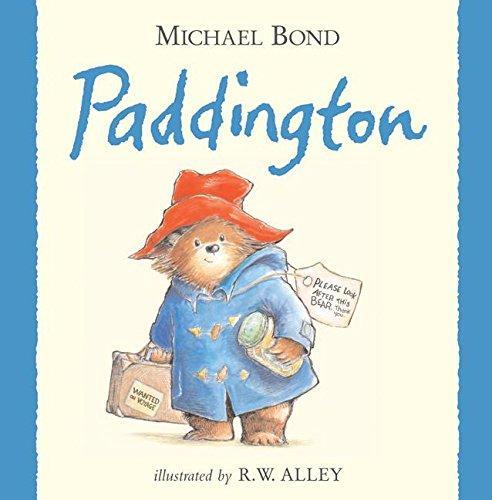 I really enjoy reading Paddington because it's very funny and he goes on loads of adventures. It's enjoyable to read because it makes you want to laugh. I would recommend this book to anyone.

Percy Jackson and the Lightning Thief by Laila P. 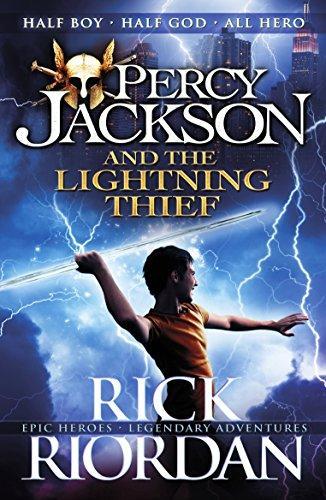 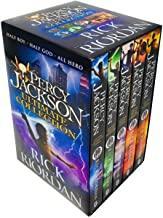 This is an adventure and mystery story featuring some kids, where one parent is a Greek god. They're called half-bloods and go on quests and adventures. If people like action stories, this is a good choice. There's a whole series of books, so you can really get into them.

Wings of Fire by Anna K. 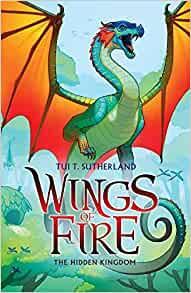 I started reading this series because it is by one of the authors of Warrior Cats, which I love. Her name is Tui T. Sutherland. The main characters are dragons, so there is lots of magic. In the first series there is a war between three dragons to become queen, but it's one of those books where you feel the good characters will succeed. There is fighting to make it exciting, but it's not too violent or gory. If you like it, there's a whole series to enjoy.

The Lost Magician by Mrs Thomas 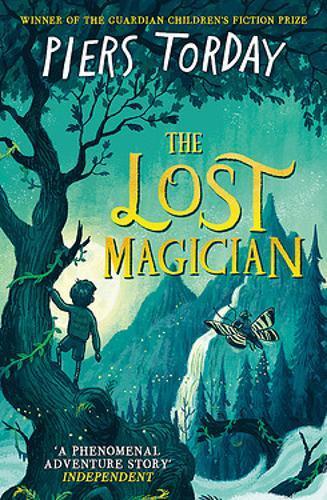 This is an adventure story in a magical library. Siblings make their way into a mysterious library, where they are transported to a world of adventure with some familiar characters. I've been reading this at home with my children and we love it!

how to by Mrs Simpson 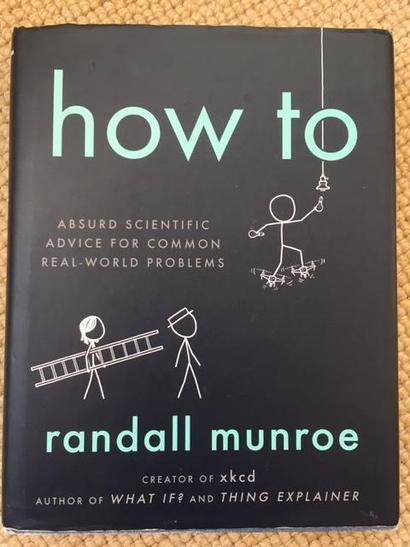 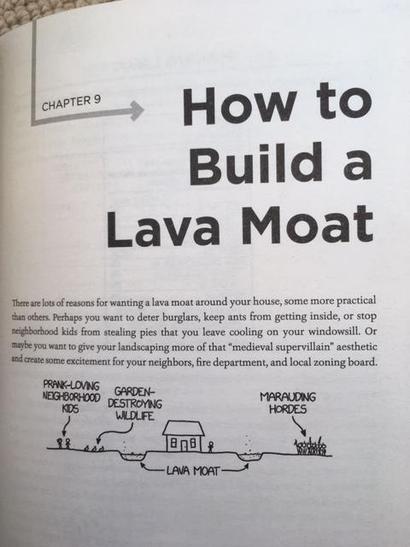 I've been enjoying this funny book with my family. It has lots of strange scenarios and scientific advice to use in them, illustrated with quirky cartoons. The author also wrote What If and The Thing Explainer, which introduce complicated scientific ideas using easy words, diagrams and cartoons.
The Ickabog by JK Rowling, recommended by Thomas. 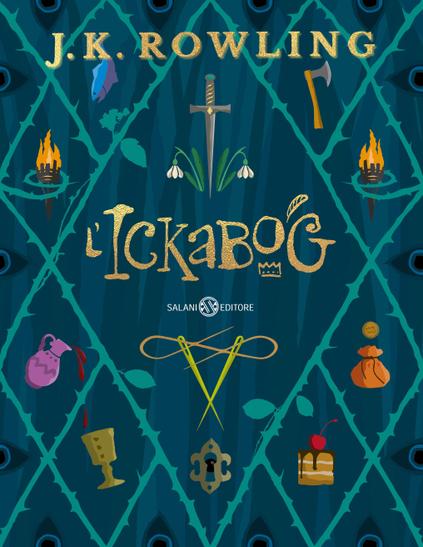 My book recommendation is The Ickabog by JK.Rowling.

I wasn't so sure about it at first, because of all the death and gore, but now it is one of my most favourite books.

When I was writing the first chapter of the mystery story, I was thinking of the book and I got some of my ideas from there because it is a bit of a mysterious book!

I kind of like King Fred (The king) although I'm not sure he's the best king ever!...you'll see why. He has two friends called Spitallworth and Flapoon, they are Fred's royal advisors NOT TO BE TRUSTED...

The book is probably not for the faint hearted....this is the blurb on the back of the book.

"As tall as two horses.

The Ickabog is coming..."

Unfortunately not the ones with chocolate chips.

Some cookies are necessary in order to make this website function correctly. These are set by default and whilst you can block or delete them by changing your browser settings, some functionality such as being able to log in to the website will not work if you do this. The necessary cookies set on this website are as follows:

Cookies that are not necessary to make the website work, but which enable additional functionality, can also be set. By default these cookies are disabled, but you can choose to enable them below: